An analysis of 48,570 cardiac cycles revealed that monitoring stroke volume change via carotid Doppler might support the diagnosis and management of evolving hypovolemia

Flosonics Medical recently announced a study published in the British Journal of Anaesthesia in which Dr. Jon-Emile S. Kenny and colleagues evaluated the correlation between carotid Doppler ultrasonography and stroke volume during simulated hypovolemia and volume resuscitation.

This is the largest data set correlating stroke volume change with the common carotid Doppler pulse to the investigators’ knowledge.

For this study, the researchers recruited 11 healthy adult volunteers with no cardiovascular history in a physiology lab at the Mayo Clinic.

They found that changing stroke volume correlated with various carotid Doppler measures, including an 18% change in maximum velocity time integral (VTI) and a 4.3% change in carotid corrected flow time.

The investigators concluded: “The strength of this correspondence is the large number of cardiac cycles captured and analysed by the wearable Doppler device as compared with the limited beats sampled by handheld Doppler devices in clinical studies.”

These findings suggest that monitoring stroke volume change via carotid Doppler might support the diagnosis and management of evolving hypovolemia. 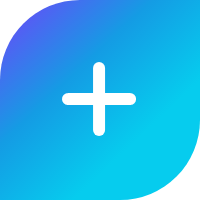 April 1, 2022 Flosonics Medical receives over $1.5 million through the province’s Ontario Together Fund